Green bonds play an increasingly important role in financing assets needed for the low-carbon transition. However, there is no uniform green bond standard within the EU. Establishing such a standard was a recommendation in the final report of the Commission’s High-Level Expert Group on sustainable finance. It was then included as an action in the 2018 Commission action plan on financing sustainable growth. And finally it was assessed by the Commission’s Technical Expert Group on Sustainable Finance (TEG), which provided detailed input on this subject in its recommendation for an EU GBS in June 2019 and provided further usability guidance and an updated recommendation in its March 2020 report.

The European green bond standard (EUGBS) is a voluntary standard to help scale up and raise the environmental ambitions of the green bond market. Establishing this standard was an action in the Commission’s 2018 action plan on financing sustainable growth and is part of the European green deal. It is based on the recommendations of the Technical Expert Group on Sustainable Finance.

Once it is adopted by co-legislators, this proposed Regulation will set a gold standard for how companies and public authorities can use green bonds to raise funds on capital markets to finance such ambitious large-scale investments, while meeting tough sustainability requirements and protecting investors.

This will be useful for both issuers and investors of green bonds. For example, issuers will have a robust tool to demonstrate that they are funding legitimate green projects aligned with the EU taxonomy. And investors buying the bonds will be able to more easily assess, compare and trust that their investments are sustainable, thereby reducing the risks posed by greenwashing.

The new EUGBS will be open to any issuer of green bonds, including companies, public authorities, and also issuers located outside of the EU.

There are four key requirements under the proposed framework:

On 18 June 2019, the TEG published its report on EU green bond standard, accompanied by a two-pager summarising its key recommendations. The report proposes that the Commission creates a voluntary EU green bond standard to enhance the effectiveness, transparency, comparability and credibility of the green bond market and to encourage the market participants to issue and invest in EU green bonds. The proposal builds on best market practices.

This report builds on the interim report that was published on 6 March 2019. More than 100 organisations provided feedback on the interim report and the feedback received was generally positive. A large majority of the respondents supported the creation of a voluntary EU GBS. The TEG has carefully studied the detailed feedback received from participating stakeholders and has created an improved version of the EU GBS.

Building on the recommendations of the June 2019 report, the TEG published on 9 March 2020 their usability guide for the EU green bond standard. This guide offers market actors guidance on the use of the proposed standard and the set-up of a market-based registration scheme for external verifiers. The usability guide contains an updated proposal for a green bond standard (annex 1).

Building on the work of the TEG (see details of its recommendations below), the Commission launched an inception impact assessment and a call for feedback to explore the possibility of a legislative initiative for a European green bond standard.

The European Commission explored the possibility of a legislative initiative for a European Green Bond Standard in the context of the public consultation on the renewed sustainable finance strategy, taking place from 6 April to 15 July 2020, and the targeted consultation on the establishment of an EU green bond standard, that ran for an extended period of 16 weeks between 12 June and 2 October 2020.

Based on the outcome of these two consultations, as well as ongoing bilateral stakeholder dialogues, the Commission decided to put forward a European green bond standard.

This article was originally published on the European Commission’s website and has been reproduced in full.

Helvetia Finvest / About Author
Helvetia Finvest is a private and independent alternative Investment & Capital Solutions firm headquartered in The Netherlands with representative offices in London and Luxembourg.
More posts by Helvetia Finvest 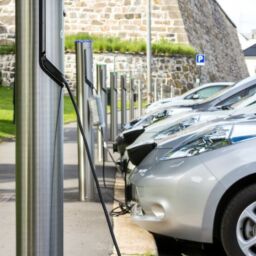